A beautiful grad student named Tara Simmons is abducted by aliens in a flying saucer. Four days later she finds herself back on earth at the top secret government facility Areola 51, which documents sexual encounters with aliens. She remembers everything and recounts the story of her pleasant abduction in sensuous detail to an eager but reserved government agent. Tara describes being bound and bathed by the humanoid aliens, and later being probed by their hands and instruments. She also tells of having various types of sex with the aliens and of having to train them in the ways of sensual pleasure since the alien race had lost their sexuality. As Tara continues, the agent loses interest in taking notes, and becomes aroused and eager to hear more. She also reports that the aliens made her own sexual fantasies seem real as a way to study sex and to reward her. Finally, Tara seduces the agent, but may have an ulterior motive. 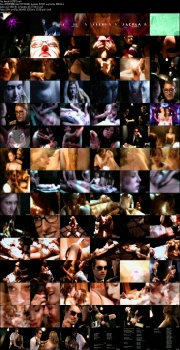