Almanac of three funny erotic stories. In the first of them, a millionaire flew from Baghdad to Brazil, hired by assassins, hiding from which he helps a girl, accidentally met, the passionate embrace of which makes a man forget about his problems. But he does not even guess the true goals of his savior. In the second, couple decide to have fun on the side. At the same time, both are sure that the other spouse will not appear at home for some time. Naturally, they meet with each other at the most inopportune moment. However, women quickly find a common language, men also do not seem to see a reason for jealousy. And then it turns out that a girl who came with an unfaithful husband is not exactly a girl. In the third, punk feminists decide to teach lascivious men a lesson, and at the same time slightly improve their financial situation. Luring selected victims to the abandoned construction site, which became their headquarters, the girls arrange a real performance... 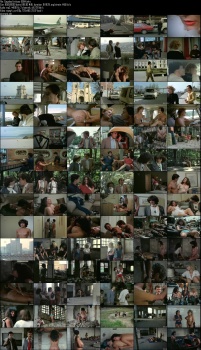