The mysterious Jane Janzen hires private detective Barry Haven to find her younger runaway sister Jessica who has been missing for the last three months. He travels to a remote small town called Lost Lake where he meets the free-spirited Trix and together they start to investigate the whereabouts of Jessica. As the investigation progresses Barry becomes involved with an occult sect of strange women called the Daughters of Darkness led by the beautiful, seductive Connie. Each night Barry is drugged and forced to undergo sexual rituals with different members of the sect in preparation for the solstice when Damien will arise again to spread his seed among the Daughters of Darkness, an event that occurs only once every 33 years. However, all is not it seems and little does Barry realize that he is in fact the bait and the real reason that the women have lured him to this town will be revealed on the night of the solstice! (IMDB user Mark Smith) 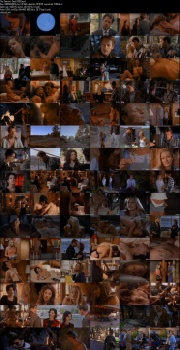