Two people, Taylor Kent (Julia Kruis) and Austin Riley (Samuel Iam), who've devoted their lives to making women beautiful fall into a relationship that turns very, very ugly. Taylor is a fashion designer who is making a big splash with her new line of provocative lingerie. She is introduced to Austin, who for years has been one of the major players in fashion lingerie, though recently his company has been suffering a dry spell. He is a notorious womanizer, and when he meets her, he wastes no time as he attempts to lure her into bed. She is more than interested, and soon the two are engaged in a very passionate affair. But it becomes obvious that his interest in her is as much about business as physical attraction, and their relationship soon turns into a ugly and twisted web of jealousy, betrayal, lies, and revenge. (IMDB user lament) 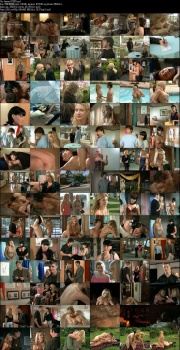