A man has long worked in one popular magazine. This time he was instructed to write an interesting article about how people get acquainted in the vastness of the Internet. He could not find any positive example in his environment, so he sat and puzzled over the task, since if he did not give it up by the appointed time, he could say goodbye to work. The girl recently broke up with her boyfriend, as she caught him with one frivolous beauty when they rested on the seashore. After the relationship was broken, she was looking for a new guy. The colleague, with whom she was friends, invited her to place her photo on one of the services, so that through correspondence she could get acquainted with a man. The girl does, and after a very short time really begins to communicate with an interesting man. Will she be able to find love in the virtual world or is her happiness just in front of her nose? 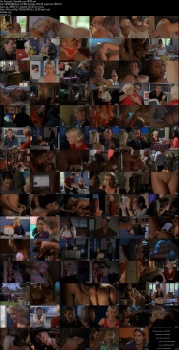