Fred Olen Ray cheapie about a witch (Christine Nguyen) who has yet to tell her new husband about her secret. Another witch (Holly Sampson) shows up and brings Cleopatra with her while a nosy neighbor (Michelle Bauer) tries to prove that they're all witches. SEXUAL WITCHCRAFT is about as good as you can get in regards to a softcore film that was obviously thrown together on a very small budget. Mr. Fred Olen Ray was certainly an expert at the time this thing was made and I do wonder if the hiring of Sampson was something to get the film more sales since she was in the news for the Tiger Woods scandal. Either way, the director clearly knows what people who watch these movies want and that's very little plot and a lot of simulated sex scenes with nudity. I will admit that I don't typically watch these types of films unless they feature a cult actress or come from a well known director. This film here is mildly entertaining in that it never takes itself too serious and instead of a heavy plot we're just given a lot of sex scenes with the majority of them being erotic. With that said, I still can't help but laugh at how silly and over-the-top some of the simulated scenes are. The cast is pretty good, although we're not really expecting Oscar-worth performances. Bauer appears to be having a blast as the nerd neighbor trying to prove her theories correct. Ted Newsom also appears and fans of his should enjoy the brief role here. SEXUAL WITCHCRAFT certainly isn't the work of Bergman but those wanting some cheap "B" entertainment should find it here. (IMDB user Michael_Elliott) 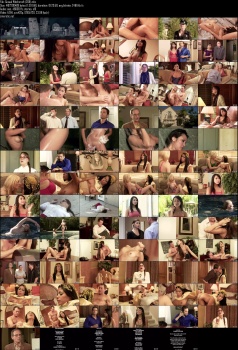