In the not too distant future, in 2019, American multinationals will dominate the world and ban sex, supervised by the superpolicy and Camella Swales (MORGAN FAIRCHILD), a member of the control committee. A group of rebellious high school students, at the instigation of their professor (IAN ABERCROMBIE), decides to try to return in time to our presence to try to change the future. Will Nald (BRIAN BREMER) and Vin (CHRISTOPHER WOLF) perform a difficult task? Additionally, their girlfriend Reena (SARA SUZANNE BROWN) and the murdering cyborg (DON DOWE) are chosen behind them. In 1994, young people must find Camella, the chairwoman of the girls' secondary school, to show her that sex needs a person to live. 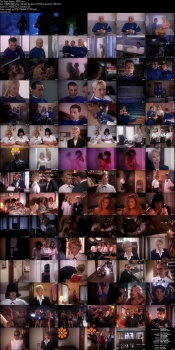