In general, a good erotic thriller, everything is in place. Clark, who is building a classic experienced detective, a film character, is investigating a new case involving the murder of a model named Lily. His girlfriend, and part-time colleague, the coroner Jody, in every way helps advice and business. It goes without saying that there is a controversy over jurisdiction and subordination, but the order of the authorities can’t be appealed. Holmes, however, did not immediately understand who this Ellie was. However, the joint efforts of the investigation, as is usually the case, help to calculate the murderer. In favor of the plot of the picture it will be said that immediately it does not follow who it could be. Well, actually, and everything that can be said as a description. 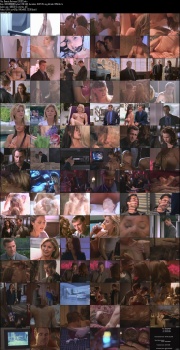