Past its prime, and on the verge of going out of business, the once-successful independent film company, Uranus Studios, enters a pivotal stage. To ensure the studio's future, and stop losing money, Henrietta, the cunning and well-endowed wife of the company's most prolific producer, P.G. Dartmouth, manages to land Uranus a lucrative contract to produce a film about a joint expedition to the moon by American and Soviet cosmonauts. However, as they start receiving the government's money, Dartmouth has an idea: use part of the multi-million budget to finance his sleazy but profitable next project, the erotic mermaid extravaganza, Deep Jaws. But, can Dartmouth include his nerdy son, Junior, in the cast, finish shooting his film, and avoid raising suspicion? 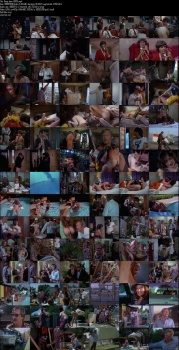