No Inhibitions tells the story of a woman, April Hannah, who finds an ancient artifact. When she touches it, she becomes sexually aroused. This story should have written itself, with April jumping everything in sight and a couple of her friends getting ahold of the artifact and doing the same. Some of it plays out that way, but most of the story is her having lame conversations to a former college professor over the internet. In fact, April doesn't ever have sex with anyone. She has a fantasy about having sex with another girl, which we get to see, and towards the end, she masturbates, but that's it. It was a really disjointed story. 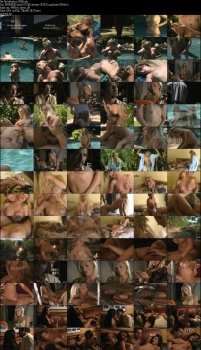