Charlie Taylor gets a surprise release from jail after a year for a crime he denies committing. His songwriter girlfriend Randi is glad he's back and calls on an ex-boyfriend, Carl Olsen, to get Charlie a job. Carl, now a district attorney in the Malibu area, hooks Charlie up with Emma De Layle, the sultry wife of an ill but still-powerful rich man. She wants Charlie to be the middleman in a fake kidnapping of her step-daughter, Melissa, who's in on the plot because she wants cash to break free of dad and Emma is happy to have her leave. Things are bound to go wrong, and Charlie may be left holding the bag yet again. Who's pulling all the strings in this web of intrigue? (IMDB user [email protected]) 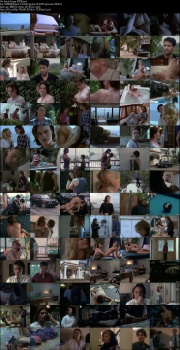