The world's most beautiful lawyer, sexy Tina Cook (Syren) has a life opportunity to become the head of the Los Angeles state prosecutor's office, but she has to successfully solve a complicated and vital case. Prominent politician and candidate for governor Jim Roger Reed was charged with murder. Unfortunately, despite the sympathy and the confidence, all the tracks lead directly to him and slam the crime. Tina realizes that this big case can start the procurator's star career or, on the contrary, destroy her career forever. The more the details of the case are revealed, the more uncertainty emerges on the horizon... The mysterious serpentine leaps over mysteries and secrets. Reed had a loving relationship with the victim of Lena Myers, who was actively involved in all the perverse sexual pleasures of the Los Angeles underworld. Tina watches the tracks and looks for evidence. While testing men, they also venture into dark and dangerous erotic games and uncover their own unprecedented perverse passions. Finally, he finds out that the wanted killer can be a certain beloved man. And so, armed only by her cognition and beauty, Tina will have to fight for her life. 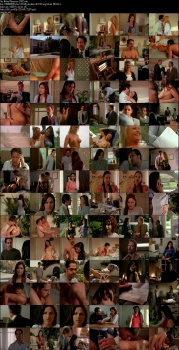