Kat Lang (Sassoon) is a no-nonsense L.A. cop with an attitude. When her sister is murdered after taking clandestine photos of a political assassination in the Philippines, Kat travels to Manila to get answers. While there, she gets caught up in the female kickboxing circuit and meets the charismatic Alcatraz (Shaner) who helps her out and becomes her love interest. She also meets fellow fighters Lorda (Moore) and Sulu (Lintan - not George Takei in a wig) and decides if she wants to find who was responsible for her sister’s death, she’s going to have to enter the ring herself and fight in the popular tournament called The Kubate. This is clearly the female version of The Kumite devised by the same guy, who had a cold that day. So she hires Bayani (Dantes) to train her. When an underground terrorist group called The Black Brigade (made up of angry Filipinos) rears its ugly head, Kat truly snaps into action. Predating that band by many years, now we see the true meaning of Cat Power!
More Info: http://www.comeuppancereviews.net/2015/01/angelfist-1993.html 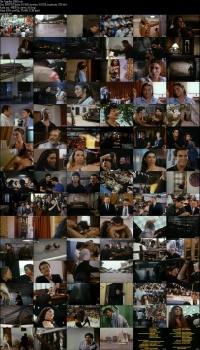