Evan Holloway is one of the richest men on Earth, he is a multi-millionaire publisher of the best seller men's magazine, Passion. Due to his success he can live a life that other men can only dream of. Any woman he wants, he can have. Any fantasy he cares to live, he does. Anything he wishes to own, he can buy. But now, Evan Holloway has a problem, he just become the target of a sinister assassination threat. Detective Nick Janson is recruited to stop the assassin, but when he becomes involved with the beautiful Kirsty, Evan's former wife, things become complicated - Especially as Kirsty is the prime suspect. 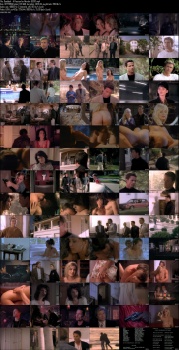