Writer Collin Blake suffers from a block, and the manuscript surrender is near the corner. His wife would hire him to a remote rural house where he could find inspiration. Soon after the move, it turns out that the house has a dark past, in which it grips with the criminals and the sinful eroticism of a former brothel. Colin is suddenly full of inspiration, and the book is fast moving forward. The spirit of former owner Stella, who supplies him with stories, full of wastefulness, begins to visit him. But as Stella accompanies him with ancient erotic sins, Colin ceases to distinguish reality from the revelation of the past. 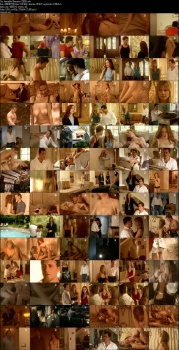