The charming Allyson (Jennifer Hammon) leaves his friend Peter (Sean Thibodeau) to study Erik Constantin's acting school in Los Angeles. She does not know that the scholarship won in the competition was in fact just a scam that she blinded herself with her dream of becoming an actress naively believable. Instead of a free studio, he gains at least a place in the acting lesson. The town is home to the leashed house of Mr. Merry (Jack DeLeon). She soon finds out that her mysterious neighbor, Bridget (Caroline Ambrose), with whose apartment her is a locked door with a large keyhole, feeds like a prostitute. Allyson will take the opportunity, and when the course happens to be a lightweight kid, Bridget decides to use it for studying. 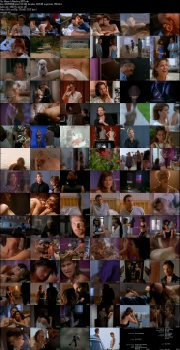